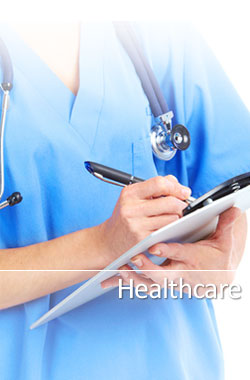 Children grow up so quickly that they seem to change before our eyes. What age would the child start speaking? When will he or she take his first steps? What age should parents begin potty training the child?

A guide to evaluating the health and growth of the child would be to measure the child against standard developmental milestones, but even so, should a child seem a little slower in one area, it may not necessarily be a reason to panic as some children simply need a little more time to blossom.

After birth, the infant loses a small percentage of their birth weight, and after the age of two weeks, the baby will begin to gain weight and grow taller. Soon, the infant’s weight would increase to the point where it is double his or her birth weight. By the time the infant turns 12 months of age, he should be able to say one or two words, respond to names and play simple games. In order to encourage the child’s development, parents can read picture books together with the child, name different things aloud, and expose the child to different environments. Between the fourth and seventh month, the infant will begin to develop his first teeth. The child should experience the growth of between one to eight teeth during infancy, and parents would need to help keep their baby’s teeth clean by using a baby’s toothbrush or by rubbing the teeth with a soft cloth regularly.

By the time a child turns two, he or she is considered a toddler or a pre-schooler. During this period, children should exhibit much more noticeable weight and height gains. Their vision should become sharper, and their motor development skills should also become more advanced. The children will be better able to run and jump, and should also develop the ability to draw simple shapes and use simple tools. As they get older, their fine motor skills become more highly developed, and they also become able to carry out more advanced intellectual tasks. They should also steadily become able to speak in longer and more complicated sentences.

As children in this phase are usually very active and able to run, it is very important to keep a close eye on them, especially when they’re outdoors. Encourage your children to develop good behaviour, by remaining positive yet firm and addressing poor behaviour when it occurs. Strict and fair discipline lets children know what is expected of them, and is a crucial step in helping your child develop the skills needed in more complex social situations when he or she is older.

By the time the toddler is six, he should have developed a full set of twenty teeth. Fluoride toothpastes can be used after the child passes the age of two, and are instrumental in helping your toddler maintain a pearly set of teeth.

Children between the ages of six to twelve usually exhibit strong motor and fine motor skills. They are ready to do simple tasks such as brushing their teeth or showering without constant monitoring, and they are able to do simple household chores such as sweeping the floor or wiping table-tops competently. They are very active, and usually keen to try new activities and sports such as inline skating and scooter riding. Keep your children healthy and safe by enforcing reasonable safety measures—teach them about common household dangers such as fires or gas leaks, and ensure that they know how to obey traffic and how to stay clear of suspicious strangers.

Mentally, most children between the ages of six to twelve are ready to learn in a classroom environment, but emotionally, some may not be prepared to deal with awkward social situations such as being teased in school or feeling isolated, especially if they are entering a large school for the first time in their lives. Parents should talk to their children if they sense that something is bothering them, and encourage their children to express their concerns openly, and work with their child to resolve these issues.

When children turn six, they are ready to pay a visit to the dentist for their first check-up—especially if they have not visited one before then. Help your child to maintain healthy teeth by encouraging him or her to brush regularly and well. A common issue when brushing teeth is that the child tends to either avoid brushing, or does so far too vigorously. Keep an eye out and make sure that the child is doing well, and if need be, encourage the child to take an interest in keeping his or her teeth clean by allowing the child to use a flavoured toothpaste, or choosing a playful toothbrush in a favoured design.

National Childhood Immunisation Programme BCG immunisation began in mid-1950s as part of the NCIP. All newborns were vaccinated at birth. Although parental consent is required, acceptance has been high and close to 100% of children has been vaccinated in the last decade (Table 7.2). The BCG immunisation programme has contributed significantly to the eradication of tuberculous meningitis in young children. BCG was discontinued for Mantoux non-reactors and BCG booster dose was also discontinued in July 2001.

Hepatitis B immunisation for infants born to hepatitis B carrier mothers was incorporated into the NCIP in October 1985. This was extended to all newborns in September 1987. To protect those born before 1987, a four-year hepatitis B immunisation programme was implemented for students in secondary 3, junior college year 2, centralised institute year 3, institutes of technical education (ITE), polytechnics and universities starting from January 2001. In addition, full-time national servicemen (NSFs) who have not been vaccinated are offered hepatitis B immunisation. The NSFs are also offered MMR and Tdap if they were not vaccinated previously.

Since January 1990, the monovalent measles vaccine given to one-year-old children was replaced by the trivalent MMR vaccine. As of January 1998, the monovalent rubella vaccine given to primary school leavers was also replaced by the second dose of MMR vaccine. The MMR immunisation was last reviewed by the Expert Committee on Immunisation in 2011 and a revised schedule was implemented in December of the same year. With the change in the immunisation schedule, both doses of MMR vaccine were brought forward to 12 months and 15-18 months respectively. School Health Services continues to provide MMR vaccine to primary one (6-7 years old) students who did not receive the second dose in their pre-school years.

Pneumococcal conjugate vaccine (PCV) was included as the 10th vaccine in the NCIP in November 2009 to reduce morbidity and mortality of invasive pneumococcal diseases in Singapore. The ECI recommended a schedule of two doses for the primary series and one booster dose (2+1 schedule). The two doses in the primary series are given at ages 3 and 5 months and a single booster dose at 12 – 24 months of age (change to 12 months in December 2011).

The polio immunisation schedule prior to June 2013 comprised six doses of oral polio vaccine (OPV). Inactivated polio vaccine (IPV) had been available on request and at full cost. In order to reduce the risk of vaccine-associated paralytic poliomyelitis (VAPP) due the use of OPV, the all-OPV schedule was replaced with a sequential IPV-OPV schedule. The ECI recommended a four-dose IPV schedule with three primary doses to be given at 3, 4, and 5 months of age and the first booster dose at 18 months of age. A fifth dose using OPV was recommended at 10-11 years of age (Primary 5). The OPV dose at 6-7 years of age (Primary 1) was discontinued at the end of 2013.

Haemophilus influenzae type b (Hib) immunisation was introduced into the NCIP to reduce the risk of serious complications such as meningitis and pneumonia which may lead to long-term disabilities and deaths. The ECI recommended a four-dose schedule, in line with the schedule for DTaP and IPV at 3, 4, and 5 months of age and a single booster dose at 18 months of age.

Implementation of the Immunisation Programme

NCIP is carried out by:

Immunisation of pre-school children is carried out at the polyclinics and by private medical practitioners. The target population is based on notification of births obtained from the Registry of Births and Deaths.

Immunisation of school children is carried out by YPSD. The target population is based on student population data from the Ministry of Education.

The National Immunisation Registry (NIR) maintains the immunisation records for all Singapore Residents aged 18 years and under.​

Parents can view their child's immunisation records at the NIR website www.nir.hpb.gov.sg​. NIR uses the SingPass password for authentication.​

Human Papillomavirus - Recommended for females 9 to 26 years; three doses are required at intervals of 0, 2, 6 months