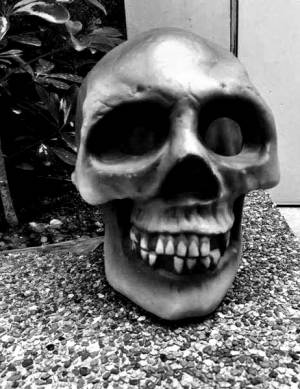 Each Halloween, we indulge in everything that we know we’re going to regret. From a serious candy overdose to uncomfortable costumes itching in all the worst places to horror movies that leave us traumatized for weeks, Halloween provides all the best reasons for all of us to love and hate the festivities in equal measure.

While we all know the story about the babysitter and the clown statue, it’s the tales that are much closer to home strike that much more fear into our hearts. If you’re searching for inspiration when it comes to terrifying your friends at the next sleepover, read on to find out more about the three most famous horror stories in Singapore.

We may never get to visit this island that’s primarily used for military training, but the unfortunate army recruits who stay on the island for long stretches at a time have plenty to say about their experiences with the supernatural. One of the most enduring and popular ghost stories concerning the island is that of the soldier who got lost in the forest.

A company’s recruits set off on a long march one day. Along the way, one soldier fell behind. As a different recruit who had reported ill earlier in the day rejoined the company, the total headcount of the soldiers was unaffected when checks were made throughout the march. In this way, the disappearance of the first soldier remained unnoticed till nightfall. Searches for the recruit were unfruitful, but unfortunately, his body was found the next day.

Soon afterward, numerous tales of hauntings began to surface. In the platoon’s bunk, the spirit of the dead soldier was sighted on different occasions by his fellow recruits. Foul and inexplicable scents emanated from the deceased’s locker. Eventually, following the advice of a medium, army officers ordered a third door to be built into the bunk to allow the spirit to depart from the premises.

One popular story which may have more relevance to Singaporeans who have had the message of racial harmony drummed into their skulls since young, is about a radio that played Chinese music. A curious problem had occurred in a particular bunk where the shared radio was consistently tuned into a Chinese channel each morning, despite having been switched to an English channel the night before. Accusations of discrimination flew thick and furious between the recruits who were from all races, and things soon heated up. The Chinese recruits, in particular, were accused of monopolizing the radio—an accusation that they hotly contested.

The disagreement between the soldiers grew more severe until one night, when a recruit woke up abruptly in the middle of the night. Sensing that something was wrong, he glanced at the side and saw an old man standing by the radio. A Chinese radio programme began to play. Terrified out of his wits, he lay back down and hoped to be left undisturbed. He was fine in the end, but it’s not just this one soldier who got a scare. Over the years, countless recruits have reported seeing the spirits of an old man, an old lady and a young child late at night in the barracks.

Driving on isolated roads late at night is scary enough, but taxi drivers must certainly have nerves of steel to accept late-night passengers who insist on alighting at a cemetery. As the story goes, a beautiful young woman dressed in white, is waiting on an isolated road for a taxi. When the taxi driver inquires about her destination, she tells him to go to a cemetery, and doesn’t say anything else. At this point, as far as we know, the taxi driver never says no. He sends the lady to the cemetery, receives the fare with thanks, and drives off, glad to be rid of his unnerving passenger. When he checks his money the next day however, the notes that he had definitely received from the cemetery passenger would have been replaced by Hell notes, money that was burnt as offerings to the dead.