Traditions of the Hungry Ghost Festival 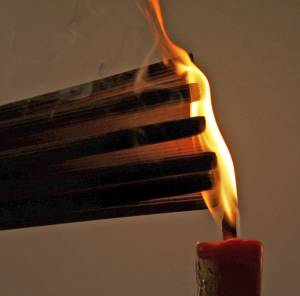 Unlike many Asian countries, Singapore celebrates what is locally known as the Hungry Ghost Festival throughout the Ghost Month. From the first day of the seventh month, the island is wreathed in smoke and burning incense can be seen in every neighbourhood. While some believe that prayers and religious rites should ideally be carried out near the home, many office buildings and industrial estates in Singapore these days have set up incense burners in discreet locations for company employees. Some companies organise events for their staff where employees gather at large incense burners by the roadside to offer prayers and burn joss paper, due to the belief that the provision of offerings to orphaned spirits during the seventh month would bring good fortune and ward off malevolent spirits.

The spirits that roam the earth during the Ghost Month are thought to endure punishments meted out in the netherworld for the misdeeds that they had done while alive. However, for a month every year, the spirits are released when the gates of hell open and they are free to appease their hunger for food and entertainment. As the name suggests, these spirits are thought to be voracious and all too willing to wreak vengeance on anything or anyone that interferes with their food or prevents them from eating.

In the seventh month, food is offered to loved ones, to ancestors and to orphaned souls with no one to pay their respects to them. Food is laid out on special plates for the departed, and in some cases, the food is then consumed after being left out for a while, as some believe that the spirits have already consumed the essence of the food. Some people, on the other hand, believe that under no circumstances should one take the food offerings, as it might incur the wrath of the spirits.

Unlike the offerings provided throughout the year, the food offered up to the dead during the festival is particularly sumptuous. Special cakes, fruits, rice, tea, oranges and meats such as braised duck, roast chicken or roasted suckling pig, are laid out in a banquet type spread in front of an altar or by the roadside, and set beside burning incense or joss sticks.

In Singapore, the Hungry Ghost Festival is usually celebrated with getai performances. These are typically accompanied by dinner events and auctions, and these large-scale events take place outdoors from evening till night. Auctions are typically carried out for religious items such as statues of deities and incense burners, and the proceeds go towards funding future events. Getai, literally meaning ‘song stages’, typically take place for hours and feature performances of modern Chinese songs. The performances entertain the audience, but are also intended for the spirits, who are always provided with the best seats in the venue—the front rows.

In many countries, a prayer, candle or flowers are routinely offered when it comes to the paying of respects to the deceased. In Singapore however, prayer offerings are on a whole new level as people believe that the burning of paper models would allow their loved ones to receive them in the netherworld. Many are willing to splurge, rather than risk having their loved ones languish down below without the latest technology, and for some, it’s all about looking good.

Traditional paper offerings to be burnt for the deceased used to be just a house, a car, clothes and money. However, moving on with the times, people are now turning to modern and luxurious offerings that have never been seen before. Instead of a generic car, people are now burning paper offerings of sports cars and chauffeurs, grand bungalows and the latest Apple tablets or phones. The craze for upgraded paper offerings has swept through parts of Asia with larger Chinese-speaking populations, including Taiwan, China and Hong Kong, and today, the dedicated will be able to find paper models of everything under the sun, ranging from the normal, e.g. LCD televisions and aeroplanes, to the bizarre and extravagant, e.g. Japanese outdoor baths and sushi bars.